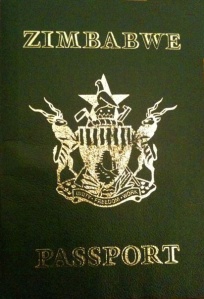 I officially became a South African citizen this morning. This bright, sunny spring morning, in a dull, grey bureaucrat’s office, in the presence of said bureaucrat and an administrator who were both very kind and chatty (and who reminded me that I now was sworn to supporting Bafana Bafana no matter who they were playing, even Zimbabwe), I swore my allegiance to this country, a country I’ve grown up in, loved in, and have called home for the better part of 15 years.

I am, give or take a few remaining bits of paperwork, officially South African.

“How does it feel?” the Friendly Bureaucrat asked me after all was said and signed. How does it feel? I am grateful, and lucky that I can walk past the long queue of other African foreigners, who are pinning their hopes for a better life on South Africa and walk straight up to the queue-less citizenship counter. I feel lucky that the citizenship is not a matter of survival but of administrative convenience: I have been a permanent resident since I was 18, a status which has conferred upon me most of the rights of a citizen and freedom from frequent trips to Home Affairs. South Africa bears the burden of the of the failed hopes of this continent, and it doesn’t often bear it easily, kindly, or freely. I am incredibly privileged and incredibly lucky in that, by virtue of my class identity, I have never had to experience the worst parts of trying to making a home in a country that doesn’t want you (and that you don’t necessarily want) but is your and your children’s best hope at a future.

How does it feel? Right, correct, in some ways. “You’re almost South African, anyway”, my Bureaucrat Friend remarked as he looked through my file. He’s right. Before we moved here officially, my parents moved us back and forth between Cape Town and Harare enough that I feel like I spent much of my childhood here. When I was 16, when things were just transitioning from difficult to holy crap in Zim (2002, for those who care to calculate my age), we moved back, officially. So my formative years were spent here. My immediate family is here, I went to school here, I found feminism here, I met my husband here, and so on. If home is where the heart is, then South Africa has been and continues to be my home.

How do I feel? Is home really just where the heart is? “98% South African”, is how my Bureaucrat Friend described me; almost the real thing but not quite. He’s not wrong. People will always ask me, after they learn my distinctly non-South African name (confounded further by my white South African surname) where i’m from. And I will always say Zimbabwe. I was born there, and the person I’ve become here began there. No matter what I tell myself, no matter what passport I carry, the person I am here cannot be cleanly separated from the person I was there. I lived there too, I loved there too. There are parts of my experience that will never belong anywhere but in Zimbabwe. It is and always be the one place in the world where I am 100% a citizen, the real, authentic deal, not just an administrative approximation. People know how to pronounce my name in Zimbabwe. I am not going to be asked where I come from there. No matter what the economic or political situation, you can’t beat that. That’s what belonging feels like, isn’t it? No paperwork required: come on in, we know who and trust who you are. So, yes, 98% South African sounds about right.

How do I feel? To be honest, I’m very sad. Zimbabwe, I hardly knew ye. For all of my opinions about the place of my birth, its frustrating politics and its equally frustrating stubborn social conservativeness, I am still stumped whenever I am called upon to talk about the place in any coherent way. Ask me about Jacob Zuma, spy tapes, Marikana and I can slip comfortably into ‘we’ and ‘us’ when referring to South Africans, proudly owning the ebbs, flows and flaws of life in this unique part of the world. My relationship to Zimbabwe is dominated by the politics I don’t have a full grasp on but am constantly asked to comment on and argue about. I haven’t had a chance to love the place, and struggle with it on my own terms, in the same way that I have with South Africa.

How do I feel? Livid. I read a piece by political commentator (and, frankly, professional contrarian) Andile Mngxitama a few weeks ago wherein he congratulates the ZANU-PF on their election ‘victory’ and extols the virtues of the political farce they call the indigenisation process. Whilst all this bluster and hubbub was happening, my aunt, who was like another mother to me, died. And because of the devastating impact of the political strategies and ‘successes’ of the ZANU-PF, I haven’t lived in the same country as my aunt for years. Because of them, I wasn’t able to visit her when she was sick in hospital, saying goodbye to her friends and family, letting go of her life. Because of them, I only saw her one final time in the 7 years before she died. Because of them, I wasn’t there when she needed us all to be there. So, don’t ask me about the politics of the place and the genius of ZANU-PF and what the election means for me. I don’t know about that. All I know is that there are people in my close family, people I love deeply, who I only see every few years, because we cannot live in the same country. How is that ok? When you create a political and economic situation so unbearable that people cannot make a home in the places where they grew up, where the people they love most in the world live, how is that laudable and revolutionary? How is that an expression of ‘Africanness’?

“I feel… strange”, I told the Friendly Bureaucrat when he asked me how it felt. Mostly, I felt like crying. The Bureaucrat and Administrator were so wonderful and kind to me, taking care to try to make me laugh, whilst also acknowledging the gravity of what was taking place. It was really all I could do not to burst into hysterical laugh-sobs when the Bureaucrat asked semi-seriously “Do you want to change your mind?” I am (begrudgingly) grateful to South Africa for taking me in: I know it doesn’t offer these kindnesses without discrimination. I am grateful to be living the future my parents brought me here for. I love the home we’ve found and made here, and the people who make it. But i’m heartbroken about what i’ve had to give up for the things that I should be able to take for granted. I’m sad for my unborn children, who in spite of being both Zimbabwean and South Africa, will belong completely to South Africa, and never fully know all of where they come from. It seemed fitting, then, that my ‘citizenship ceremony’ took place in a depressing building , with no fanfare. I recited no pledge, I took no tests, no-one took any pictures. It was a brief ten minute administrative procedure that signalled the end of my official relationship with Zimbabwe and the formalisation of my relationship with South Africa. I signed the declaration and walked out of the Home Affairs building back to my car and into my (mostly) unchanged life, ready to wade through the feelings that come with my new official identity.