On Life Esidimeni and the banality of evil

Marikana was an echo of where we have come from but Life Esidimeni is a sign of where we’re going. That should scare us all, but not enough of us are paying attention because disabled people were the victims.

One of the reasons Marikana shocked the nation was because of how little had changed –  this was a democratically elected government acting just like the apartheid state. After the massacre a guerilla campaign was started to ensure that South Africans didn’t slip back into numbed indifference. 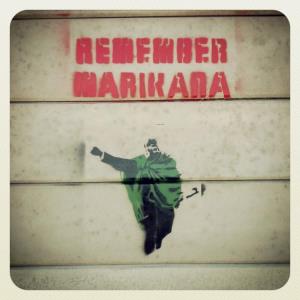 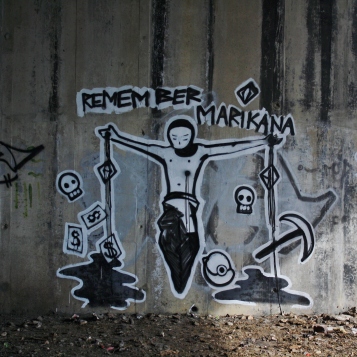 So where is the Life Esidimeni graffiti? Where are the annual campaigns, the moving documentary film?

This isn’t to set up a dichotomy between these appalling deaths, but rather point out a telling difference in how they are being reported on and spoken about. When there’s a massacre, there are villains committing evil deeds. Tragedies and disasters are typically acts of God. The language draws us away from righteous anger towards pity and sorrow, and even worse, inaction.

I believe this has everything to do with the way in which the victims are described in the media. All the reporting I have seen as described them as ‘143 mentally ill patients’. This may seem like a pretty innocuous descriptor. But it isn’t really. They could just as accurately be described as 143 patients or 143 people in care. Emphasising their ‘mental illness’ evokes deeply-held prejudices and preconceptions we have about ‘madness’ and disability. We, as a society, have a lot of baggage around this particular set of issues. But it all tends to boil down to the uncomfortable reality that we treat people with mental health issues, particularly those that have been institutionalised, as not fully human. Their life, autonomy and inherent value are suspect. This isn’t just about their rights or basic needs. It is about how they make us feel. Their dependence makes them a burden on us. And their difference threatens us because their lives remind us of how fragile our sense of self, perceived security and invincibility are. We minimise their lives because we want to repress the real possibility that we could easily be in their position.

This is an experience I have quite a lot as a disabled person: gentle (or not so gentle) probing about how I became disabled in order to determine whether this would be something that could happen to them. It often goes like this: I’ll be at a social gathering and someone will pluck up the courage to come over and speak to the guy in the wheelchair. After light chit-chat, they’ll ask, “So, do you mind if I ask: what happened to you?” I’ll tell them, and watch as they perform the necessary mental calculations to determine if this is something that could just as easily have happened to them, and how much of this is the result of my personal failings and not chance.

And so when they are killed, when they are starved, dehydrated, left naked and maltreated to the point of torture, it just doesn’t evoke the same feeling as people shot in the back in the veld. We just aren’t outraged by it as much as we should be. The media carries the story but it just doesn’t resonate the way our other post-apartheid massacres have.

So why should we be paying more attention? I’m not going to argue it’s because of the victims or their families – if you’re not on board by now then I’m not going to be able to convince you. It’s actually because this, not Marikana or Nkandla, represents the kind of banal evil the post-apartheid state is most likely to commit. Weak, tyrannical leaders made decisions because of shrinking budgets, which were poorly executed by officials and professionals who didn’t feel compelled to meet their core responsibilities let alone stand up when unethical things were happening all around them.

Big ticket corruption will always grab headlines and occupy talk radio but it’s the slow slip of weak leadership and an unfeeling state into a budgetary crisis that will be the largest threat to the lives of most South Africans.